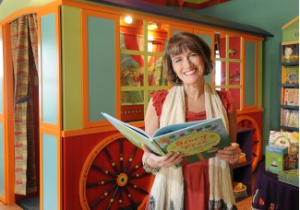 By Judith Rosen, June 27, 2017, for Publishers Weekly
Ever since CEO Nancy Traversy cofounded Barefoot Books in 1992 in the U.K. with Tessa Strickland, who retired last year, the children’s book publisher, now based in Cambridge, Mass., has tried to differentiate itself from other houses. One way Strickland and Traversy have done that is by focusing on the Barefoot brand—colorful books filled with diverse characters and illustrated decks and gift products—over individual authors or illustrators. As mothers themselves—Traversy has four children—the pair were also determined to reach more families by selling direct and by creating an Ambassadors program to encourage “sales by mums” at home, in the community, and online. There are currently 1,800 Ambassadors in the U.S. and Canada.

Those early decisions contributed to the 25-year-old press being named one of 25 best small companies in the U.S. last month in Forbes’s second annual list of “Small Giants.” Barefoot, with annual sales of $5 million, was the only publisher to be so honored, along with a number of significantly larger businesses like the Dansko shoe company, with revenue of $120 million. The press made its numbers with a staff of 23, including three people in the U.K., plus interns.

For Traversy, who started the business when her first child was three weeks old, the question has long been, “How do we reach more children?” In searching for the answer, she told PW in a recent conversation at her office, “The values that underpin the business haven’t changed. Parents want to introduce kids to other cultures, and they don’t want [books] to be dumbed down. We’re about bridges, not boundaries. What we’re doing is timely.” She acknowledged that Barefoot has a particular audience. “We don’t appeal to everyone,” Traversy said. “We attract a lot of multicultural families and children with disabilities.”

But it’s not just Barefoot’s longtime emphasis on branding and on multicultural books and products that make it stand out. It’s also the way it went about lowering returns and maintaining the value of its books in the marketplace. In 2006, Traversy and Strickland cut off sales to what were then the top two chains in the U.S., Barnes & Noble and Borders. In 2013, they stopped selling to Amazon in North America and the U.K. That same year, Barefoot terminated its trade sales force. At one point, Barefoot also had 150 gift reps. Its books are available to booksellers through Ingram and Baker & Taylor.

To find new readers, Barefoot experimented by opening a bookstore/community center near its Cambridge offices in November 2001, where customers could not only buy Barefoot’s books but read manuscripts and weigh in on jacket designs for forthcoming titles. In 2010, Traversy moved the store closer to her home in Concord, Mass.; the store closed in 2015. There was also a short-lived boutique inside the FAO Schwarz flagship location on Fifth Avenue in New York City, which opened just ahead of the recession in 2008, as well as a bookstore and café on Strickland’s side of the pond in Oxford, England. “I decided not to renew the leases,” Traversy said, “because we’re going to focus and grow in North America.” She still values her readers’ opinions and seeks them out on Facebook.

Traversy’s latest efforts to diversify and grow the company’s income have begun to pay off. Roughly 65% of Barefoot’s business comes from the trade; with the remaining 35% from the web and homesellers. In the first quarter of 2017, trade sales rose 23% in the U.S., with direct and Ambassador sales up 46%. U.K. sales through trade wholesalers were also up in the double digits, 40%. To boost Canadian sales, Barefoot has begun releasing more French translations; it has long published Spanish-language editions. Last fall Barefoot began working with Fraser Direct in Milton, Ontario, to handle consumer direct and Ambassador fulfillment. Fire the Imagination is the press’s exclusive distributor to the Canadian trade.

At its peak, Barefoot published 24–26 new English-language titles. Now it is aiming for 10–14 new titles, along with reissues. Last year it published 22 books: 13 new releases, including Spanish and French translations, as well as nine reissues. To date the press has published more than 600 books. Many of its bestsellers have been selling steadily for more than a decade. Traversy said that the popular illustrated deck Yoga Pretzels is on track to sell between 35,000 and 40,000 decks in 2017. That’s one reason why she’s especially excited to have Mindful Kids, which is in the same format, on the upcoming fall list. 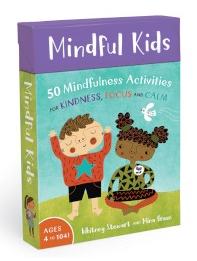 Although Traversy is proud of the company’s 2012 app, The Barefoot World Atlas, which has had four million downloads and earned its money back in six weeks, she has no plans for more. Nor is she interested in broadening the company’s coverage of children’s books to include YA. “We always want to publish illustrated books,” Traversy said. One area where she does want to continue to focus is on independent bookstores and libraries. Barefoot plans to increase its presence at book and library shows. It will also continue to reach out to literacy programs like Books for Africa.

“Now at 25 years,” Traversy said, “we want to focus on getting the word out. We’ve worked out that we’ve put over 20 million books in kids’ hands. I’d like to make that 200 million.” 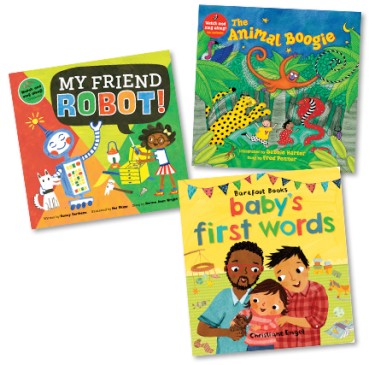