The Story of the Molly Brave Name 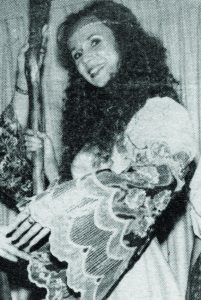 In the 1980s when I was a storytelling fairy princess, a friend loaned me a favorite book, written by Terry Jones, member of the Monty Python team and co-director of the film Monty Python and the Holy Grail. His book, Fairy Tales, is a collection of thirty stories “written for Sally Jones in the summer of 1978.”

I was drawn to the story of “Brave Molly.” A school girl is caught in a fierce thunderstorm.  When she takes shelter in a dark hut with an open door, she hears a growling voice claiming to be a Terrible Monster. As a bolt of lightning illuminates the hut, “poor Molly” sees that the Monster is truly frightening and threatening.

The Monster roars at poor Molly, “I eat little girls for my supper!” Molly decides it is no use being frightened, so she hits the Monster on the nose with her book bag, whereupon he turns into a frightened little rabbit and runs away. The sun comes out, and “… Brave Molly set off home again, and she didn’t meet another monster all the rest of the way.”

For me this was a time of stepping out in front of audiences of strangers, from babies to teenagers, teachers to grandparents, in small groups and large assemblies. I needed to have the conviction that a story I chose to share was important. This story speaks to me of courage. I am happy to have the opportunity to introduce it to you. You’ll find it in Fairy Tales by Terry Jones, illustrated by Michael Foreman, published in New York by Schocken Books in 1982 by agreement with Pavilion Books Limited, London.

About the Home Page Illustration 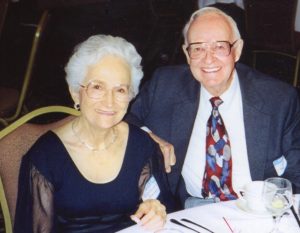 to 1935, during the Golden Age of Children’s Book Illustration. Using her painting, “To Auntie,” now in the public domain, on my website home page was irresistible to me, as the eldest of 9 children (Stevenson, Robert Louis. A Child’s Garden of Verses. Illustrated by Jessie Willcox Smith. New York: Charles Scribner’s Sons, 1905, p.100). It shows 9 happy children, and a kitten, celebrating a loving moment with their aunt in a garden.

This illustrative logo theme was actually selected by my mother, Ann Giovanna Deveny, my first, best and lifelong teacher. She told me, “I remember you surrounded by your brothers and sisters, reading to them and sharing your creativity with them.” Oh, so do I!  Thank you, Mom and Dad, for all our wonderful babies!