18. Find out The Best Time of Day to Design Anything (Based on Real Science!) 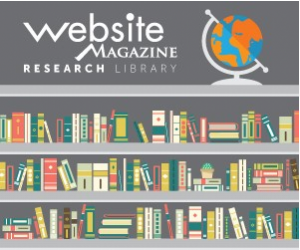 Human beings are ruled by certain biological rhythms that govern thought processes and behaviors. These rhythms are often subconscious, occurring naturally throughout a person’s life. For creative professionals, these rhythms are crucial, since they can be closely tied to the quality of the work.

The brain isn’t designed to focus intently for long periods of time. In fact, the mind can only focus for 90 to 120 minutes before needing a break. This length of time matches the 90-minute sleep cycles a person has each night, experts note. Sleep researcher Nathan Kleitman labeled this the “basic rest-activity cycle,” noting that in wakefulness, humans also need 90 minutes of productivity before taking a break.

Design and Time of Day

Many creative types can easily recite a time of day when they’re most productive. Whether they do their best work in the early morning hours before the rest of the world is awake or they prefer to burn the midnight oil, those professionals may not realize that they can actually access that same creativity throughout the day. The key is to time the periods of productivity so that they’re on for 90 minutes, then resting for an hour or so before diving back into work again.

The benefits of ultradian rhythms in the creative process was demonstrated in a 1993 study of young violinists. In the study, a performance researcher noted that the top violinists practiced in three increments of 90 minutes each every morning, with a break between each practice session. Instead of practicing for hours of time without a break, the violinists were able to maximize their productivity by following their body’s ultradian rhythms.

Unfortunately, ultradian rhythms go against the manmade work cycles professionals are expected to follow today. If a designer works in an office with other designers, there may be pressure to put in three to four solid hours of work before taking a break for lunch. Even if a designer can do a day’s worth of work in three ninety-minute bursts each day, that designer’s supervisor and co-workers may not understand the process unless the designer can somehow talk the entire team into changing their work styles.

When professionals push themselves to work when their energy is low, they risk subpar performance. For designers and others in creative occupations, when they don’t do their best work, they risk damage to their hard-earned reputations. Over time, it might even hurt their careers.

Instead of sitting at their desks for hours at a time, designers should try following their ultradian rhythms as they begin work each day. Even if it means taking a short walk around the block or spending a few minutes talking to a coworker every 90 minutes, they’ll likely find they return to their desks for the next 90-minute session feeling refreshed and ready to tackle the next step of their current project.

For those dealing with a skeptical supervisor, what better expert than NASA to prove that the rest-activity cycle improves productivity? In the 80s and 90s, the space agency worked with the Federal Aviation Administration (FAA) to determine the impact of naps on pilot performance. Their research found that pilots who took a 40-minute nap during the cruise portion of a flight were able to better maintain their reaction speed on that flight and on subsequent flights than those who didn’t. The number of performance lapses also decreased following a nap.

As Tony Schwartz, president and CEO of The Energy Project, points out, the math on ultradian rhythm-driven performance clearly demonstrates its benefits. An employee who multitasks from 9 a.m. to 7 p.m. without a break will work at 80 percent capacity until dropping to around 60 percent in the early afternoon hours. The last couple of hours of the day will be spent working at a capacity as low as 40 percent.

A similar employee who works the same shift using ultradian rhythm-inspired breaks will have no problem working at 90-percent capacity for each 90-minute stretch, knowing a break will be ahead. The breaks could include a 15-minute mid-morning break, a midday break for lunch, a brief nap in the midafternoon, and a 15-minute walk before finishing up the final 90 minute-sprint of the day.

How does this apply specifically to the creative process? Interestingly, for design professionals, ultradian rhythms could work in reverse. One study found that a person is at his or her creative peak in those early moments of wakefulness. Even stepping away from work for that 15-minute coffee break in the morning could lead to a great idea that a designer can put to use during the next work period.

For those who prefer a trip to the gym or a brisk walk around the block during break time, exercise has been proven to inspire great ideas, as well. During exercise, blood pressure and blood flow increase, boosting the flow of oxygen in the brain. When the brain has more oxygen, ideas flow more freely.

Designers face unique challenges in their daily work performance. Not only are they responsible for finishing projects on deadline, but they also must provide quality work in everything they do. By following the science of ultradian rhythms and taking frequent breaks throughout the day, they can not only be more productive, but the quality of their work will improve, as well.

Josh Althauser is an entrepreneur with a background in design and M&A. He’s also a developer, open source advocate, and designer. You may connect with him on Twitter.