14. As Molly Brave and others clearly show us, Not All Book Startups Have Died

Published on November 30, 2017 | In Blog, How To Begin Writing For Children, Independent, Hybrid and Self-Publishing | 0 Comment

Macmillan’s decision to shutter Pronoun prompted some soul-searching about the entrepreneurial culture in publishing, but there are still startups creating new ways to reach readers 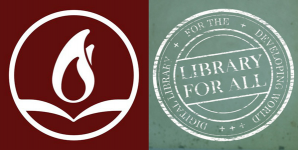 After Macmillan announced earlier this month that it is closing Pronoun—its self-publishing platform—in early January, many who work on the technology side of the business began to question publishers’ commitment to innovation and fostering startups.

Before Macmillan bought Pronoun in May 2016, the company, originally known as Vook, made a number of business pivots and eventually settled into providing self-publishing e-book services, including production and distribution. This brought Pronoun into direct competition with Amazon and the Kindle platform. Asked why Pronoun is being shuttered less than two years after the acquisition, a Macmillan spokesperson said that, despite its investment in the platform and “terrific” feedback from Pronoun authors, “we came to the conclusion that there wasn’t a path forward to a profitable business model.” Thus Pronoun joined a distinguished, and long, list of publishing-related startups that failed, among them Oyster and Bookish. (Thad McIlroy produces a report—available at his website, The Future of Publishing—that tracks publishing-related startups and their fates; at last count, he’s listed 900 of them).

However, it is not all bad news on the publishing startup front. At Open Library Camp, a conference held November 17 in New York City in conjunction with the Open Camp developer series, it was clear that there are companies still creating new and innovative publishing and distribution businesses. Two companies in particular made impressive presentations at the event.

Fireside Fiction, founded in 2012, is helmed by Pablo Defendini (formerly at Open Road, Safari Books, and Tor.com) and publishes short science fiction and fantasy, as well as novels and novellas in both paper and digital formats that are sold at Amazon and other outlets. Periodically, Fireside compiles stories into book-length collections, which it sells from its website, but its primary source of funding is Patreon contributions from readers, from which its authors are paid (more than twice as much as the Science Fiction and Fantasy Writers of America rate per word). Partly because one of its editors has a vision disability, the publisher is heavily invested in accessibility, and all of Fireside’s books conform to A11y specifications, an international accessibility standard for digital products. Fireside emphasizes transparency in virtually everything it does including posting code on Github.

Library for All, headed up by Tanyella Evans, puts out books for school children in developing countries. The company uses a combination of local and international publishers, and it generates content by organizing writing workshops in selected countries. Library for All aims to validate the experiences of children in developing countries by providing quality books in the language they speak at home, with illustrations of non-Western scenarios, and using as many local resources as possible. Currently, it is working with 73 different publishers and has 10,000 readers worldwide.

Three other startups that weren’t at Open Library are also noteworthy. Kadaxis, started by Chris Sim (formerly CTO of Bookish), uses data science to examine a book’s full text, customer reviews, and other related materials to formulate effective keywords to boost books’ discoverability in Amazon search. Its bookdiscovery.co website is a public-facing demonstration of the power of keywords in search. In July 2016, Kadaxis partnered with Firebrand to study the effectiveness of Sim’s approach, and the results for backlist titles in particular were impressive.

Serial Box was founded by Molly Barton, formerly the director at Penguin’s Book Country project. It’s betting on the appetite for serial fiction much in the same way that streaming video companies are betting on binge watching. Its serials are released weekly, and each series tends to run 10–16 weeks. Episodes are available as e-books and audiobooks, and the functionality enables bingeing (individual episode downloads are also available).

Unglue.it, started by Eric Hellman of Gluejar, is a publisher and distributor that provides a different model of e-book distribution service to libraries. With the goal of “making e-books free,” Unglue.it authors release their titles under Creative Commons licenses; crowdfunding supports the creation of the books. This way, authors get compensated. Libraries encourage their patrons to participate in crowdfunding books as well.

It’s clear from these examples that, though the rapid proliferation of publishing startups has died down, entrepreneurs still have creative ideas about how to create, publish, and distribute all kinds of books to all kinds of readers.

A version of this article appeared in the 11/27/2017 issue of Publishers Weekly under the headline: Not All Publishing Startups Have Died