7. Human Storybook Characters May Be Better Than Animals for Teaching Moral Lessons

Published on August 21, 2017 | In Blog, For Parents and Teachers, How To Begin Writing For Children | 0 Comment 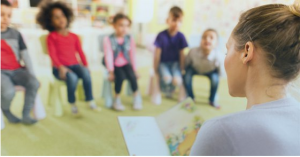 Dear colleagues, this research does NOT surprise me, but rather confirms my intuition and lifetime experience. "Storybooks with human characters can better promote children’s prosocial behaviors." This is important research news! Mary Alice

When using books to teach morality tales, it may be best if the characters don't have tails of their own (or any other animal traits).

Young children are more likely to learn and apply character lessons from books that feature human characters than from stories that center on human-like animals, a new study finds.

That may be because young kids are more likely to transfer books' lessons to their own lives when they can relate to the main characters, speculate the authors of the study, published in the journal Developmental Science.

"For stories with anthropomorphized animal characters, many children may find them not to be relatable and thus not act according to the moral of the story," the study says.

The researchers, from the University of Toronto, read books to 96 children ages 4-6, which they divided into three groups. A third of the children listened to a story about the value of sharing featuring human characters. A third heard the same story featuring anthropomorphic, or human-like, animal characters dressed in clothes. The remaining children, in the control group, were read a book about seeds.

Researchers allowed the children to select 10 stickers before the experiment, and they told them they were welcome to share with peers who weren't participating. They were given two chances to share, once before and once after the books. After the books were finished, researchers found that children who heard the book with human characters were more likely to share the stickers than they were before. Children who heard the other two books became less likely to share.

"Considering children's tendency to reduce significantly prosocial giving when asked to donate the second time in the Animal and Control conditions, the children's behavior in the Human condition was all the more remarkable," the study says. "That is, the human story clearly helped the children not only to overcome this general tendency to decrease prosocial giving the second time, but also to increase it significantly after having given prosocially once already."

Why does this research matter for schools?

While schools have used children's books to teach youngsters life lessons, a growing number are adopting intentional social-emotional learning strategies to help them identify emotions and learn relationship skills like sharing and conflict resolution.This research seems to suggest that those lessons will be more effective if the characters are more relatable.

Animal characters are very popular in children's books. The researchers cite a review of 1,000 children's books, completed in 2002, that found "more than half of the books featured animals or their habitats, of which less than 2% depicted animals realistically. Instead, most anthropo-morphized animals."

Does that mean teachers should never read stories about animals to their students? No, the researchers say. They suggest students may relate more easily to animal characters with some "scaffolded" conversations in which adults ask them to reflect on the story and the things they have in common with the characters.