In a challenging market, more publishers saw sales decline than increase in 2016 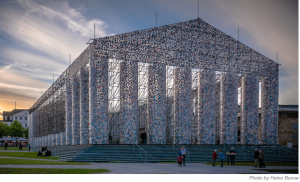 Although total revenue of the world’s 50 largest book publishers topped $50 billion in 2016, last year was not an easy one for global publishing giants. Less than half of the top 50 publishers posted revenue gains in 2016, with the balance reporting sales declines. One of the companies that had the toughest year was Pearson, which had a 15% decline in sales, to $5.62 billion. Even with the drop in revenue, Pearson continued its longtime reign as the world’s largest book publisher, according to the Livres Hebdo/Publishers Weekly annual ranking.

Sales in the educational market, particularly in the U.S., were down in 2016 compared to 2015, and the downturn meant declining sales for publishers and also led some companies to restructure. Pearson underwent a companywide reorganization in 2016 that it said was in response to changes in the educational publishing market. The move eliminated about 4,000 employees. Earlier this year, the educational publisher said it intended to cut about 3,000 more positions. Houghton Mifflin Harcourt, which was the 14th-largest publisher in 2016 but saw a 3% decline in revenue, announced this spring that it will eliminate between 8% and 10% of its workforce of 4,500 in 2017.

McGraw-Hill Education is another publisher in the educational segment that had a sales decline last year, with revenue off 4% from 2015. Still, MHE, which hopes to go public at some point, was the largest American-owned book publisher in 2016.

Ups and Downs Among The Largest Publishers

The reported sales declines in RELX Group, Thomson Reuters, and Wolters Kluwer—other members of the top 10—are largely due to our decision to exclude revenue from some divisions that have moved away from book publishing. (2015 revenue was not restated for those companies.) But Bertelsmann’s 7% decline in 2016 revenue was due entirely to a drop in sales at Penguin Random House. The lack of a big new bestseller hurt results at the company, and it divested some smaller divisions in the year. The decline at PRH was offset in part by a sales increase in Bertelsmann’s education division.

The small decline in revenue at Hachette Livre was due to currency fluctuations between the euro and dollar. Excluding differences in the exchange rates, Hachette Livre revenue was 2.5% higher than in 2015. The sales increase was due to strong sales for the U.K. group (up 11%), thanks primarily to the success of J.K. Rowling’s Harry Potter and the Cursed Child and Fantastic Beasts and Where to Find Them in English worldwide (excluding Canada and the U.S.). Partworks also performed well, particularly in Japan and Spain. Hachette Livre sales includes Hachette Book Group USA, which had an increase in sales in 2016 thanks to the $75 million contribution from the publishing arm of the Perseus Books Group, which it acquired in March 2016.

Only two companies among the top 10 largest publishers had outright sales increases in 2016. Spain’s Grupo Planeta had a small sales gain, and Springer Nature posted a 7% increase. Last year was the first full year of operation for Springer Nature, which was formed in May 2015 through the merger of Holtzbrinck-owned Macmillan Science and Education companies (excluding Macmillan’s U.S. higher-education and trade properties) with Springer Science + Business Media.

Despite the weak financial performances by the 10 largest publishers, their share of all revenue from publishers on the list was 56%, up from 54% in 2015. Since we started ranking the world’s biggest publishers, the largest 10 companies have accounted for 53%–58% of the revenue of all the publishers who have been featured in the ranking.

How the Americans Fared

John Wiley, which was the ninth-largest publisher in the world last year, was one of three American companies, along with Scholastic and HarperCollins, whose ranking was based on fiscal 2016 figures rather than fiscal 2017. For the fiscal year ended Apr. 30, 2017, Wiley, which bills itself a global research and learning company, had revenue of $1.72 billion, down by less than 1% from fiscal 2016.

Scholastic’s 2017 fiscal year ended May 30, 2017, and its revenue rose 4% from fiscal 2016’s to $1.74 billion. It was a sales increase driven by strong gains from its trade group, where sales jumped 45% thanks to strong performances by Harry Potter and the Cursed Child and Fantastic Beasts and Where to Find Them.

Overall, six American companies were among the world’s 50 largest publishers. Simon & Schuster, with revenue of $767 million last year, was the 23rd-biggest publisher.

Changes to Other World Players

Two Brazilian publishers returned to the ranking in 2016 after dropping off in 2015 due to the plunge in value of Brazil’s currency. Somos Educacao (formerly Abril Educacao) was the 32nd-largest publisher in the world last year, thanks in part to its acquisition of the book division of Saraiva and an improvement in exchange rates. Two acquisitions helped to boost Russia-based Eksmo’s revenue in 2016, and the publisher finished in 38th place on the global ranking.

The 2016 ranking excludes Chinese publishers. We started including Chinese publishers in 2014, when companies in China began to provide verifiable information, and in 2015 five Chinese publishers were included. However, in 2016 China’s government changed the selection criteria for China’s Top 30 Cultural Enterprises (which includes publishing). The new criteria focuses on both the social and economic benefits brought by candidate enterprises, with more consideration given to the former. The result is that the government is not encouraging publishing companies to get involved in any rankings based solely on economic criteria.

A version of this article appeared in the 08/28/2017 issue of Publishers Weekly under the headline: Pearson Rises Above