Sequel to ‘Rebel Girls,’ Most Crowdfunded Book, Due This Fall 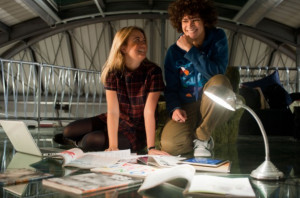 “They are redefining the future of publishing."

After making crowdfunding history last fall by raising over one million dollars to publish a children’s book with 100 illustrated stories of inspiring women, Good Night Stories for Rebel Girls, Elena Favilli and Francesca Cavallo have announced plans via Kickstarter for a second volume, along with a series of podcasts of the same name. Favilli and Cavallo had planned to print 10,000 books in time for the holidays if they reached their $100,000 goal.

Given that they topped $100,000 in the first three hours of today’s campaign’s launch and had more than doubled it at press time, they could be printing a lot more. And that’s with another 29 days yet to go.

The pair, who used their children’s media startup, Timbuktu Labs, to publish the first book, launched a joint campaign for both Good Night Stories for Rebel Girls 2, which will feature 100 new stories of pioneers, scientists, activists, and heroic women, and for the Good Night Stories for Rebel Girls podcast via the Kickstarter Gold platform. “We’re thrilled they have come back to launch such new exciting projects,” Margot Atwell, director of publishing at Kickstarter, said in a statement. “They are redefining the future of publishing.”