Five hundred years since the Spanish conquest, 68 indigenous languages are still spoken in Mexico. They can be heard in more than half the country’s 32 states and are spoken by close to 7 million people in this nation of 120 million.

Those 68 languages are divided into 11 linguistic families, and those, in turn, comprise 364 varieties.

Zapoteco, for example, has 62 linguistic variants, while there are 20 variants of the Mayan language, according to the National Institute of Indigenous Languages (INALI).

The tallies of speakers of some languages have become critically low, however, numbering only a few dozen in some cases, and their survival depends on families’ oral practice, educational efforts, and increased access and dissemination.

Part of INALI’s mission is to support the survival of these languages by promoting their use in schools and communities, translating official documents and hiring interpreters, carrying out census surveys of indigenous language speakers, and organizing events, such as a recent national indigenous languages fair in Mexico City. It served as a showcase of the country’s linguistic diversity.

Publishing plays a vital role in the preservation and dissemination of languages, and the fair was attended by a number of publishing houses the catalogs of which include bilingual editions–in Spanish and an indigenous language. 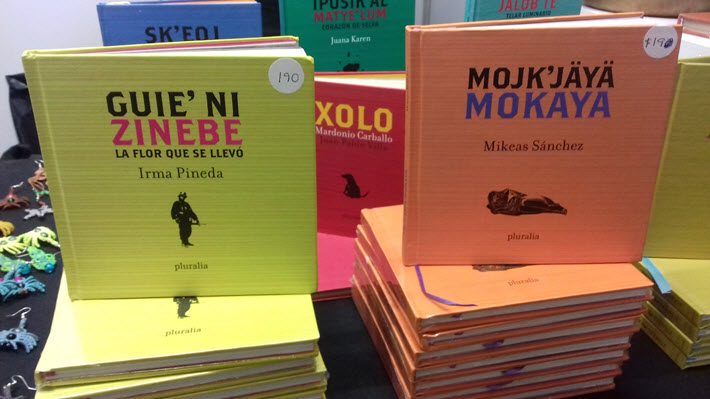 Pluralia has been in business for 15 years and began by producing bilingual books for the education ministry’s school libraries program, which were based on oral traditions from various Mexican ethnic groups. Such collaboration with government-backed programs has meant that the books could be launched in large print runs for national distribution.

“The interesting thing about the program is that it has sent books to regions where some people haven’t heard of the indigenous languages spoken in other parts of the country,” Héctor Martínez, one of Pluralia’s founders, tells Publishing Perspectives. “This lets readers discover the existence of other languages.”

“We think this collection is very important,” says Martínez, “because it creates a panorama of the oral tradition from many different communities.” 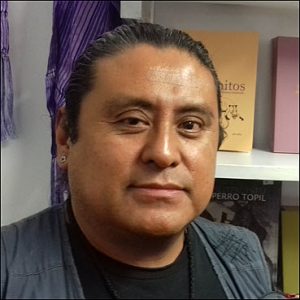 Martínez likens the collection to anthologies of folk tales published in other countries, lore on which many nursery rhymes and fables are based.

When it comes to sales, however, he acknowledges that reaction to the bilingual books has been slow.

“Mexico is a racist country,” he says, “and we have to combat that. We make our sales direct because it’s difficult to convince bookstores to stock our books. They argue that we’re dealing with purely unknown writers. So we have to do a lot of promotional work–book presentations, readings, poetry festivals, and visits to libraries and schools, to show people this literature.

“But it’s working. Children like the books and it has awakened a curiosity in them to find out more about indigenous languages—which are part of their roots as Mexicans.

“Mexico City is a city of immigrants, of people from all over the country. There are neighborhoods where 40 languages are spoken.

Martínez describes Pluralia’s work as “bullheaded.” When asked why they publish stories and poetry in indigenous languages, he replies, “Somebody has to do it. We haven’t got any money, but we get the books out somehow.”

“At the end of the day, it’s an interpretation, especially when the concept of the world in an indigenous language is different.”Héctor Martínez

Pluralia has received financial support from the country’s arts and culture council (Conaculta), in which both sides share revenues. This gives the books exposure in Conaculta’s nationwide network of bookstores, called Educal. The catalog carries 20 titles in indigenous languages, with print runs of 1,500. Five more such titles are to be added in 2018.

Manuscripts submitted to the publisher normally arrive in indigenous languages with Spanish translations made by the authors, themselves.

“One problem,” Martínez says, “is that there aren’t specialists in these languages, so we have to trust that the translation is a good one. We send manuscripts to other authors [in indigenous languages] for them to check the translations, but often it’s a leap of faith”

He’s the son of parents who spoke indigenous languages from two regions until the moved to the capital city to find work.

“Often a reader will tell us,” Martínez says, “that they understand the language but can’t reflect what it says in Spanish. At the end of the day, it’s an interpretation, especially when the concept of the world in an indigenous language is different.” 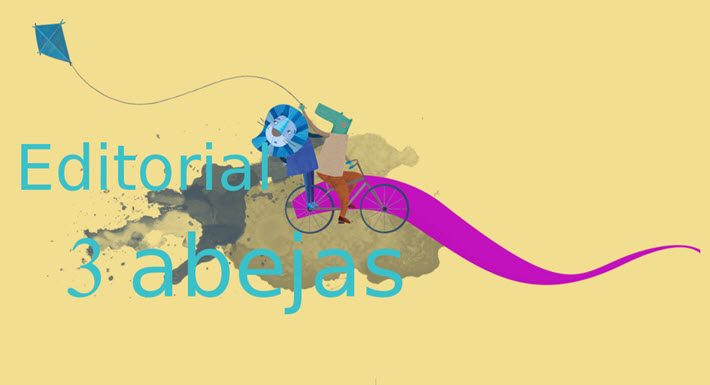 Editorial 3 Abejas (Three Bees) is a Mexico City-based children’s publisher that has also entered the indigenous language niche, having published a series of bilingual books.

Having had work shown at the recent indigenous languages fair, 3 Abejas’ Gonzalo Rosales tells Publishing Perspectives that 5,500 copies of ¡Abracadabra! were bought for school distribution by the government of Chiapas, the state with the largest number of Tseltal speakers, one of the Mayan family of languages. 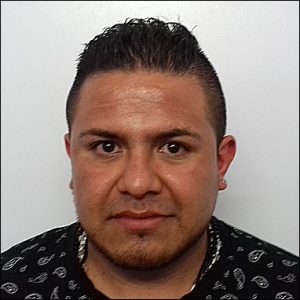 “We hope to publish more indigenous languages,” Rosales says, “and such support gives the publishing house a boost. We’re looking to translate our books into Totonaco and more Mayan languages.”

3 Abejas has so far published books in Náhuatl, Tsotsil and Tseltal, and has built up a catalog of 29 titles since it was founded in 2011.

He says the publishers had “the brilliant idea” to translate their titles into indigenous languages to offer something different to the traditional children’s stories of princesses and Disney tie-ins.

“Mexico’s indigenous languages are the country’s legacy, and there are communities that are very dispersed, it’s a huge country with so many languages, and they need to be disseminated. It’s a beautiful thing to discover all of these languages, their diversity and wealth,” he says.

“Books are art, and it’s beautiful to bring them to the youngest members of the family.” 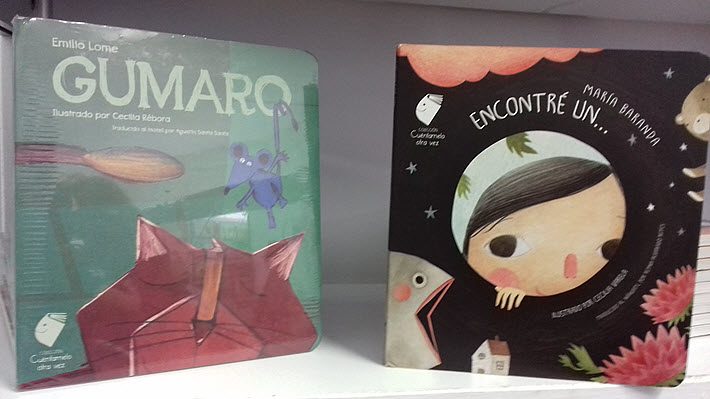 Since 2013, Mexico City’s Editorial Resistencia has published a series of trilingual children’s books, in Spanish, English and Náhuatl, the country’s most widely spoken indigenous tongue, as well as in Mayan and Zapoteco.

“I think the linguistic and artistic manifestations of Mexico’s ancient cultures are part of the daily life of all Mexicans,” the publisher’s founding director Josefina Larragoiti tells Publishing Perspectives.

An illustrator by profession, Larragoiti’s interest in Mexico’s pre-Hispanic literature emerged at university, where she produced an illustrated version of the Mayan text Popol Vuh for children.

After founding the publishing house, which focuses on young Mexican authors and was an early producer of the graphic novel format in Mexico, Larragoiti obtained a master’s degree in Mesoamerican Studies. Her intent was to publish children’s books that would nurture an interest in the country’s linguistic variety and English translations to cross more linguistic borders. 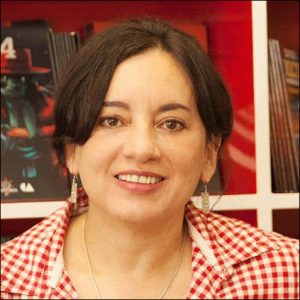 “While studying I met researchers into the history of Mesoamerica,” Larragoiti says, “and several of them spoke indigenous languages. I set out to adapt some of their works, with their supervision, simplifying them for a more general readership.”

The most recent title in the collection, also penned by Víctor Palacios, El viaje a la casa del sol recounts a Nahua myth. Palacios developed an app that readers can download free of charge to animate the story. Readers’ reactions have been wholly positive, Larragoiti says, among children and adults alike.

She says she expects to add more books in the series and to include work in Tarasco, a language spoken in the western state of Michoacán. 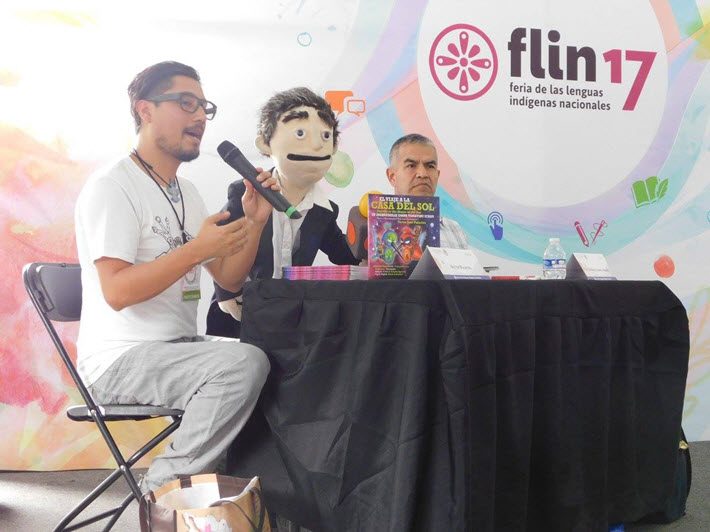 Adam Critchley is a British freelance writer and translator based in Mexico since 1993, bar a five-year hiatus in China and Spain. He has contributed articles to magazines in Argentina, Canada, China, Japan, Mexico and the USA. His short fiction has appeared in small-press reviews and magazines, including The Brooklyn Review, Storyteller UK and El Puro Cuento. His translations include a collection of short stories based on indigenous Mexican folk tales. He can be contacted at adamcritchley@hotmail.com