27. Beloved Children’s Book Author and Illustrator Leo Lionni on Creativity and the Secret of Great Storytelling

Published on December 20, 2017 | In Blog, How To Begin Writing For Children, Recommended Books | 0 Comment

“What we create … we fill in with our own thoughts and feelings.”

By Maria Popova, in BrainPickings

In 1959, beloved children’s book author and illustrator Leo Lionni(May 5, 1910–October 11, 1999) created a lovely little book for his grandkids, Pippo and Annie. Little Blue and Little Yellow, a minimalist and brilliant allegorical primer on color theory and graphic design basics, went on to inspire generations of children, and the process of creating it elated and energized Lionni so much that it catapulted him into a lifelong career of award-winning visual storytelling aimed at children, but bearing timeless and ageless resonance for all.

In Artist to Artist: 23 Major Illustrators Talk to Children About Their Art (public library) — the same magnificent volume that gave use Eric Carle’s, Maurice Sendak’s, and other icons’ advice to children on being an artist — Annie Lionni recounts her grandfather’s approach to the creative process and his convictions about where ideas come from: 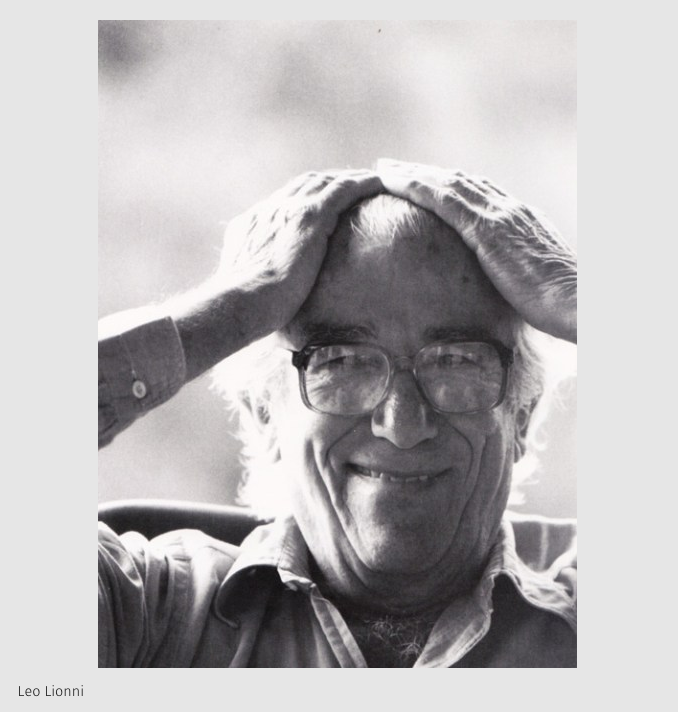 The most frequent question that children asked my grandfather Leo was, “How do you get your ideas?” He would usually start with a simple idea. Sometimes the idea would be a beginning to a story, sometimes an ending, other times it might be the main character, or the situation. But however it would start, he would work hard to create a story from that idea. He thought of it as a game of chess, moving the pieces around to create the best story possible. And so, to the question “How do you get your ideas?” he would give a simple answer — “Hard work.”

But why did Leo make books at all? Why draw, or paint, or make sculptures out of wood, glass or metal? He did all of those things and more. He always said that he had “an irresistible urge to make things.” If for some reason he couldn’t make art, he claimed that he’d make bricks or boxes or anything else that he could make with his hands.

Above all, however, Lionni’s magic came from his full immersion in the stories, his complete identification with his characters: Annie writes:

Leo would quote a book that he read years ago — “When a painter paints a tree, he becomes a tree.” What we create, he believed, we fill in with our own thoughts and feelings. That’s why even the inanimate things in his books have human qualities — the walls, plants and stones might be humorous or stern or anything else that people can be.

But when Leo said he became a tree, he also thought that the tree became him. “Of course, I am Frederick,” he said, referring to one of my favorite characters, Frederick the Mouse. And he was Swimmy when he became the eye of the giant fish. All of his characters were part of his own self, and he thought that was probably true for every children’s book author.

Artist to Artist is absolutely wonderful from cover to cover, doubly so for the fact that all proceeds from the book benefit the Eric Carle Museum of Picture Book Art. 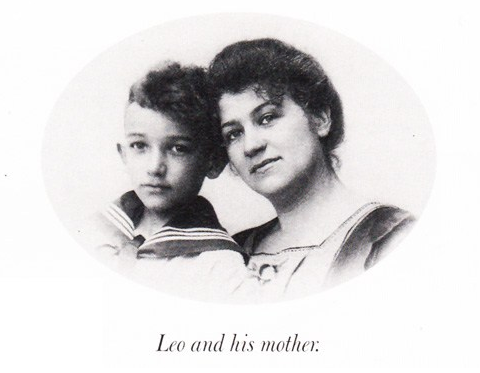