Published on March 9, 2017 | In Blog, Independent, Hybrid and Self-Publishing | 0 Comment

Some publishing corporations have acquired existing self-publishing services—as in Macmillan’s purchase last year of Pronoun in the States. Bonnier’s team has created its own self-publishing platform with interesting distinctions.

Led by Bonnier Books Ventures chief Rebecka Leffler, Type & Tell’s initial Swedish site has been quietly growing longer than you may think, since autumn 2015. The English edition of the site is launching during LBF, and you’ll find the Type & Tell stand at 1F50E. 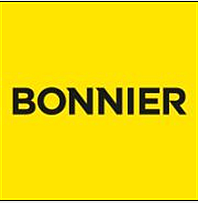 And on the Swedish site, we get a sense for an interesting conceptual basis for the platform, as we read:

“We live in a country where freedom of expression is every individual’s right. But what is the state of press freedom?

“Anyone can publish a book? According to us, yes!…The time when only a handful of publishers decided what we read and what stories reached us is past.

“It’s time to open the floodgates for all the hidden stories out there. Now we are democratizing literature.”

“Children’s Books” is one of the popular topics to browse on the international Publishing Perspective website.