A new ambassador is named every two years and makes appearances throughout the United States to promote reading.  An inauguration ceremony is scheduled to take place on Tuesday, Jan. 9, at the Library of Congress.

By ALEXANDRA ALTER  JAN. 4, 2018, for The New York Times  Continue reading the story 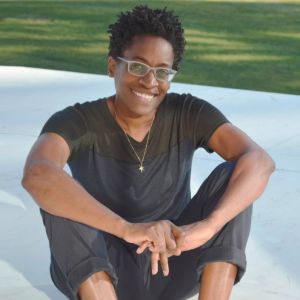 Like many novelists, Jacqueline Woodson relishes solitude and is a bit of an introvert. So she was somewhat daunted when she was asked to take on a role that has “ambassador” in the title.

On Thursday, Ms. Woodson was named as the new National Ambassador for Young People’s Literature, a position that was created in 2008 by the Library of Congress, the Children’s Book Council and the literacy charity Every Child a Reader.

“I love being alone and writing and creating stories, and the idea of this extroverted position was a bit scary,” Ms. Woodson said. “It’s a little intimidating to take on the mantle.”

As ambassador, Ms. Woodson, a best-selling children’s book author, will be traveling around the country, speaking to kids in schools, libraries, juvenile detention centers and other underserved areas. She also plans to spend time in rural parts of Southern states, where authors seldom visit schools, she said.

Ms. Woodson isn’t entirely unaccustomed to the spotlight. She’s published more than two dozen children’s books. She won the National Book Award in 2014 for her memoir in verse, “Brown Girl Dreaming,” and has received four Newbery Honors, two Coretta Scott King Awards and the Margaret A. Edwards Award for lifetime achievement for her contributions to young adult literature. In 2015, she was named the Young People’s Poet Laureate by the Poetry Foundation.

Carla Hayden, the 14th Librarian of Congress, said she knew Ms. Woodson would be a natural fit because she had seen her interact with young readers at Enoch Pratt Free Library in Baltimore, where Ms. Hayden was chief executive.

“She respected young adults and cared about what they said,” Ms. Hayden said in a statement to The Times.

Ms. Woodson, who is publishing a new middle grade novel and a picture book this year, said she was persuaded to take on the position after talking to Gene Luen Yang, a graphic novelist who was the ambassador for Young People’s Literature from 2016 to 2017. “He had to talk me into saying yes,” Ms. Woodson said.

Ms. Woodson said that as she travels the country and speaks to children and teenagers in coming months, she plans to emphasize how books can drive change and instill hope in young readers.

“For young people who are very stressed about the future, who have this sense of disempowerment, who don’t know what’s coming next, my big quest is for them to remain hopeful,” she said. “When you come to literature, it does allow you an escape from the world if that’s what you need, but it also changes you. You’re different than when you started that book.”