Some of the best children’s picture books are not on the best-seller list. Not even close.

HOUSTON – Nov. 28, 2017 – PRLog — What’s the last children’s picture book you read? Was it by a best-selling author? It seems counter-intuitive, but some of the best children’s books are very low-ranking on Amazon. That’s because they are self-published. The authors who wrote these books are great writers — sometimes great illustrators, too. But, they may not be the best at marketing. 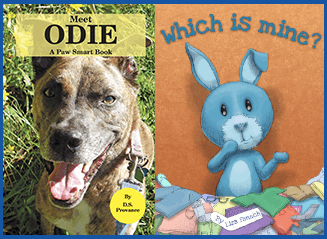 The Gittle List Book Competition, now in its fifth year, aims to find these literary gems and help their authors increase sales. “My contest offers something I’ve not seen anywhere else; free promotion for entrants,” says Aviva Gittle, owner of Gittle Publishing. She is the host and sole judge of the contest that is exclusively for indie children’s picture books.

Entrants are promoted in many ways throughout the submission period. “Anything from a tweet to being featured in a video,” says Aviva. All of the promotions cross-market the author’s book and The Gittle List competition. Aviva says it’s a win-win and the true goal of the contest. Indie authors helping other indie authors.

Many entrants received free promotion over the nearly year-long submission period. Now, ten winners are being announced. Aviva reveals one winner a day, starting with #10 and working her way up to the #1 book of the year. Entrants and followers of the contest enjoy the anticipation.

Aviva says there’s another important reason for the daily reveal. “I want each winner to get a day to promote their win. Kind of like being queen or king for a day.” Each Facebook post announcing a winner receives paid promotion. Everyone is encouraged to share each of the posts. Winners are given more promotion throughout the holiday season.

Have you self-published a great children’s picture book? Follow The Gittle List Book Competition on Facebook to be the first to know about the 2018 submission guidelines. They are due out in January. Learn more about the contest at http://thegittlelist.com/.

Gittle Publishing writes and publishes stories for children in English and Spanish. Learn more about Aviva Gittle and her books at www.GoToGittle.com.