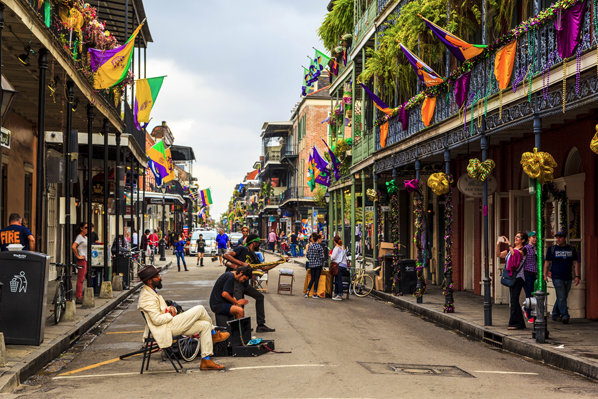 ABA’s mini–Winter Institute, focused on children’s books, authors, and bookselling, heads to the Big Easy to mark its sixth anniversary

With more than 275 booksellers and more than 70 authors and illustrators planning to descend on New Orleans for Children’s Institute 6, to be held at the Sheraton New Orleans Hotel from June 19 to 21, attendance at the 2018 conference will be record breaking. The city, which is celebrating its tricentennial this year, will also host the American Library Association’s annual conference and exhibition from June 21 to 26.

Teicher notes that there will be more educational sessions—19 in total—than at previous Children’s Institutes, along with a “compelling roster” of keynote speakers and featured presenters. Much of the programming, particularly the talks, will focus on two topics that have long been flash points for ABA and the book industry as a whole: diversity and activism.

One of the standout sessions on diversity will bring together Wade Hudson and Cheryl Willis Hudson, husband-and-wife founders of Just Us Books, which has been publishing multicultural children’s books for three decades; writer Kwame Alexander; and Phoebe Yeh, v-p and publisher of Crown Books for Young Readers, in conversation about the forthcoming anthology We Rise, We Resist, We Raise Our Voices: Words and Images of Hope (Crown, Sept.), edited by the Hudsons.

In the closing keynote, Angie Thomas, author of The Hate U Give, will likely bridge both themes. She believes authors and booksellers must provide young readers with “as many opportunities as possible to expand their mind-sets.”

In another featured talk, former First Daughter Chelsea Clinton, vice chair of the Clinton Foundation, will advocate for a different type of activism. With her picture books She Persisted and She Persisted Around the World (both from Philomel), Clinton wants to empower the next generation with examples of diverse women who have made a difference.

Keynoter Temple Grandin, best known for her advocacy on behalf of those with autism and her autobiography, Thinking in Pictures, will talk about her debut children’s book, Calling All Minds (Philomel). In it she addresses the importance of creativity and thinking like an inventor; both were a key part of her life growing up and continue to be today.

As part of the diversity effort, a central focus will be on ensuring bookstores are welcoming places for all. A session will be devoted to “Reaching Underserved Communities.” Another session will offer tips for reaching out to young people, regardless of their orientation: “Creating and Implementing Successful LGBTQ Youth Programs.”

Other programming gets down to the nuts and bolts of bookselling, starting with a 101-level seminar on the principles of bookstore finance. There will be a workshop on creating eye-catching chalkboards, as well as sessions on planning successful large-scale events and selling STEM and STEAM books.

Social media continues to be an important part of bookselling. To help, Eva Chen—director of fashion partnerships at Instagram and author of the debut picture book Juno Valentine and the Magical Shoes (Feiwel and Friends, Nov.)—will give pointers on how to build a bookstore brand at a special session on amplifying one’s presence on social media. The self-proclaimed “fashion nerd” has 884,000 Instagram followers and counting.

And no booksellers’ gathering would be complete without at least a few parties. In addition to the opening night reception and kid lit costume party, there will be a late-night screening party of the Netflix series Hilda. The show, which stars Claire Skinner, Daisy Haggard, and Bella Ramsey, is based on Luke Pearson’s Hilda graphic novel series. Scholastic is also bringing back its popular Meet & Treat After Party, open to all attendees.

Once home to William Faulkner, Tennessee Williams, and Truman Capote, New Orleans shares the 25th spot (with Tulsa) on the list of America’s most literate cities. It’s ahead of Miami, Phoenix, Memphis, and Los Angeles, to name just a few, when it comes to bookstores, libraries, and publications. But the city is also, as Teicher notes, “one of the most welcoming cities in the U.S.” In that spirit, Teicher continues, “All of us at ABA are looking forward to welcoming a record number of booksellers to what we hope will be the most successful Children’s Institute yet.”

Below, more on Children’s Institute.

A version of this article appeared in the 06/04/2018 issue of Publishers Weekly under the headline: Now We Are Six
NOTE: Be sure to register early next year.  This year’s registration opened on February 21.
The Ci6 hotel room block at the Sheraton New Orleans is now filled and the hotel waitlist is now closed.  Events are located at:

Questions can be directed to ABA’s Jill Perlstein at jill@bookweb.org.